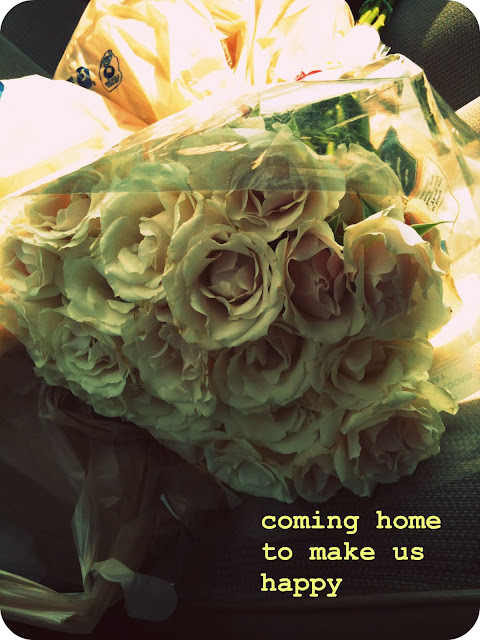 I've always thought that roses were sort-of cheesy. But I found these Garden Roses at our grocery and I fell in love. They are so feminine and they look like something I would want to either eat or lay my head on. I can't decide. 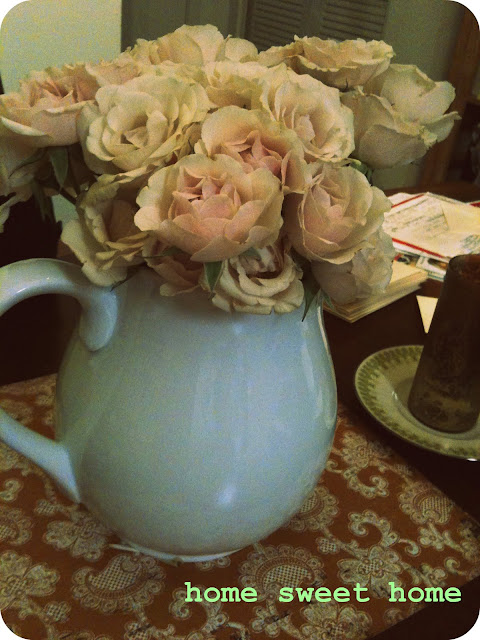 We had the best chicken ever the other night. I mean really. I decided to try this recipe because after John went on the guys weekend with my Dad, Pawpaw, and my brothers. He came come raving about a dinner he had in the mountains at the restaurant on the top of Mount Pisgah in Asheville. He said he had Pecan Crusted Chicken.
Whoa! Fancy Shmancy!
I considered this a challenge; I had to make it better than what he had. There was much success. This recipe just rocks. All I would say is add some more cinnamon! (and maybe some more sugar too...)
Recipe: 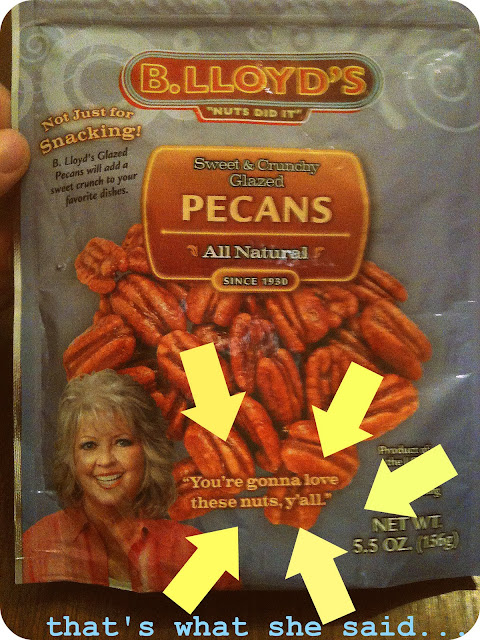 (OH! Paula!)
Directions:
1.In a small bowl, mix the eggs with the milk. Put aside.
2.In a medium bowl, mix together flour, seasoning, cinnamon, pecans, sugar, and salt and pepper.
*I used a hammer and smashed the pecans in to little bits so it stuck to the chicken better!
3. Dip the chicken in the egg mix, and press in the pecan mix.
4. Fry in hot olive oil until golden, about 5 to 10 minutes. Check to make sure the pecans don't burn. Place on paper towel to drain. 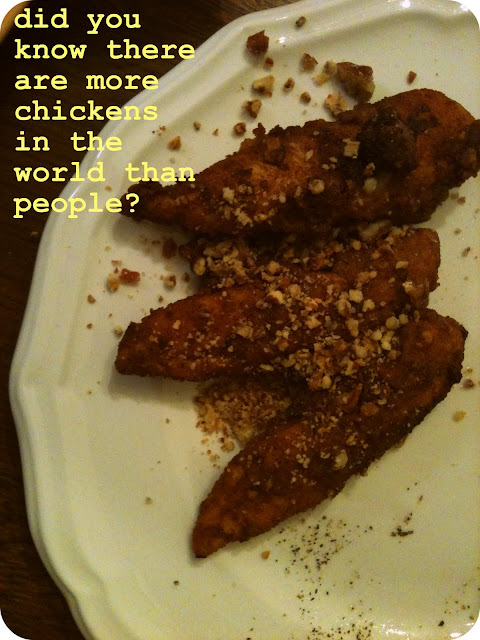 Well, I'm off to make my husband watch "Baby Mama" with me. Ooooo oooooooo. We are going to have a race to the bedroom and then count to three as we hurl ourselves backwards on to our luxurious down comforter and a mountainous pile of 9 pillows. We are just little kids in big bodies.
Posted by Tunes & Spoons at 11:22 AM