The Mother of Invention 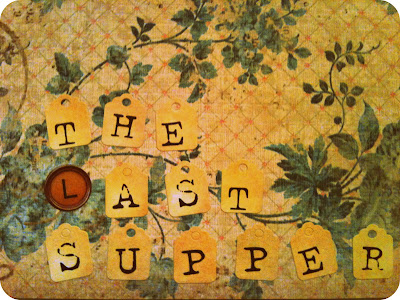 "Necessity is the mother of invention."
That is what my good friend Lisa would always tell me.  I used to be her "sous chef" before she left on her mission to Finland.  Yes, Finland...that's a weird place to go.
So, after church today the Mr. and I arrived at our humble abode with the thought, "What are we going to eat, we have nothing in the house!"  So, I went searching and found several vegetables and some chicken and rice.  I picked up my "go to" cookbook... 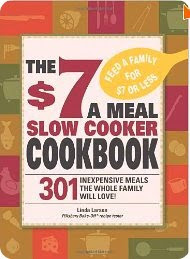 ...and we found a skeleton of a recipe to work with.  We had the basics, chicken and brown rice.  So, we went from there, throwing in a little bit of everything in as we went.
We agreed that tonight would be our "last supper".  We are starting P90X tomorrow...We have mixed feelings.
We love food, a lot, a whole dang lot. But we also want to be healthy and attractive people.  Hmmm...what to do? 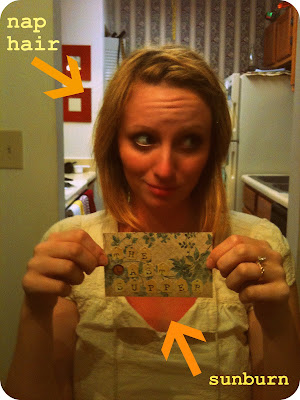 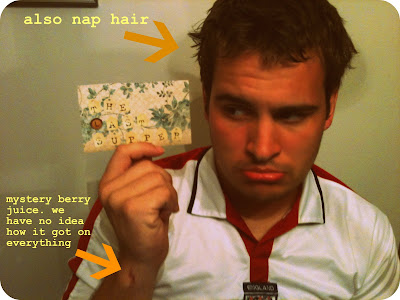 So, we started throwing things together. 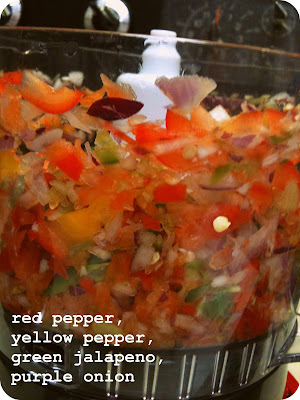 Chicken with salt, pepper, and paprika. (about 3 breasts) 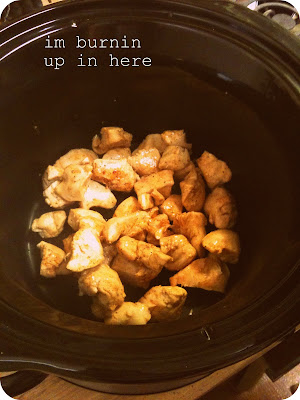 Add 3/4 cup brown rice
1 cup chicken broth
1 cup BBQ sauce (we did the homemade kind because apparently ours is an escape convict from our fridge...nowhere to be found.)
1 8oz. can of tomato sauce
2 tbsp of apple cider vinegar
After throwing several ingredients around in the kitchen we felt satisfied with what was in there.  It smelled yummy and we wanted a nap.  So, we turned that awesome crock pot on high and went for a snooze and a snuggle.
*
*
*
*
3 hours
*
*
*
* 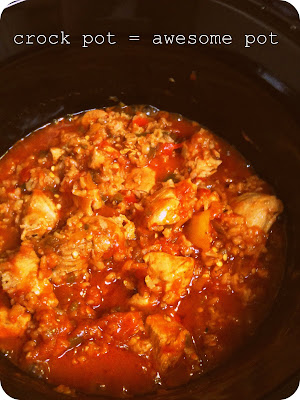 We had this delicious new creation.  Sometimes, NOT having a recipe is the best thing.  It allowed us to get creative and do some freeing hippie cooking, where anything goes.  HOW LIBERATING!
It tasted kind of Caribbean, so we put pineapple chunks on top and used tortillas as our utensils. OH. My. Gosh. 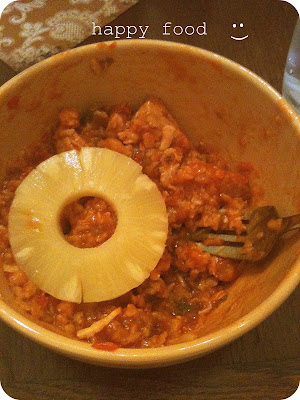 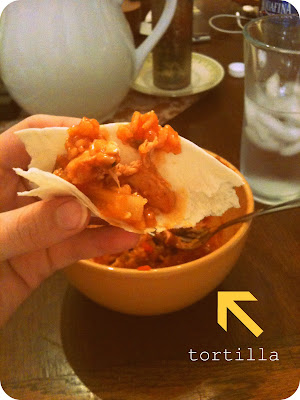 (next time we won't use 4 JALAPEÑOS!)
So, then it was time for our "last dessert".  One of John's favorite things I make are my fruit crumbles.  So, I used up the leftover frozen berries from our smoothies and made a quick quadruple berry crumble. 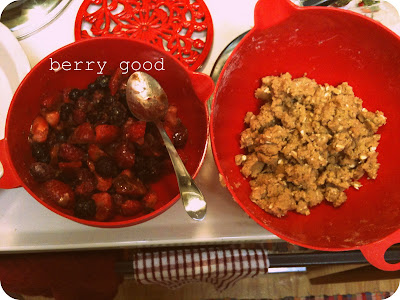 Then, the real gluttony ensued.  I tried to make homemade cinnamon whipped cream.  I made the mistake of buying half and half instead of heavy whipping cream.  All that stuff did was foam about 4 inches up!  So, we thought fast and decided to try and make it in to ice cream.  (Necessity really IS the mother of invention.)
In order not to shame ourselves, I will not include the contents of what we had to put in to the half and half mixture in order to make it ice cream ready.
We used our homemade ice cream recipe to make Cream Cheese Cinnamon Ice Cream! Oh, just kill me now! 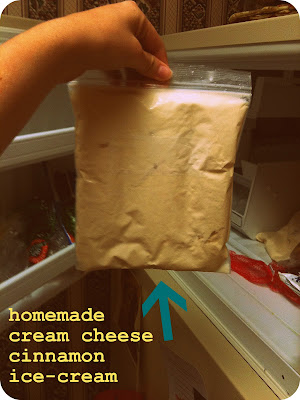 John, right before he went in to diabetic shock from all of the sugar. 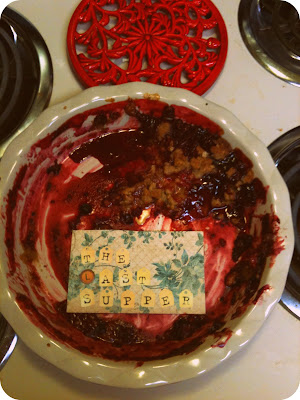 I think I will just throw away the rest of this...unless someone wants to come over and eat it for us?


Lesson learned: you probably have more meals in your kitchen than you think.

can i just tell you that brian and i have 'started' diets numerous times in our marriage...just last month we said we were going on weight watchers 'tomorrow'. we still haven't started. i'll just say one thing. we both gained 30 lbs in our first year of being married. in my defense, i was pregnant...i don't know what to say about brian.