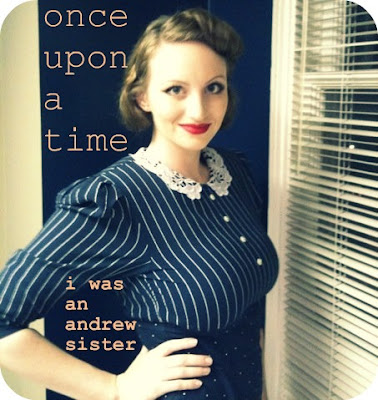 And for this reason when I saw this album in Goodwill... 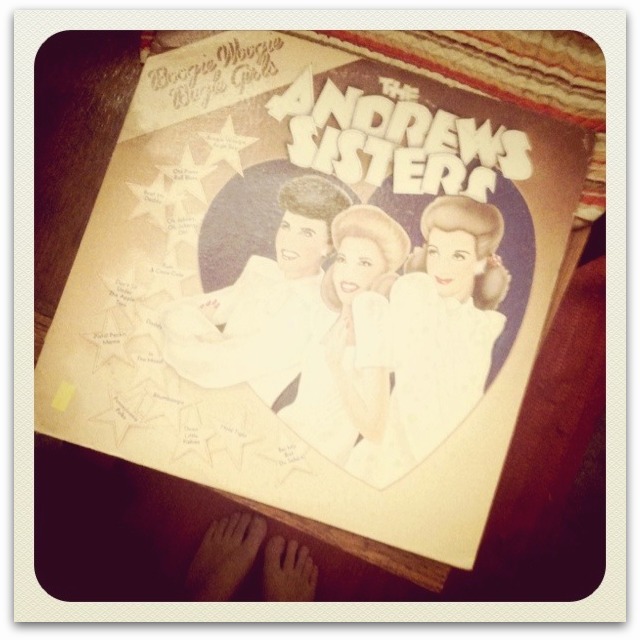 ...it had to be mine.
It was a quiet evening in the Murphy home and we decided to make some ruckus with this bad boy. 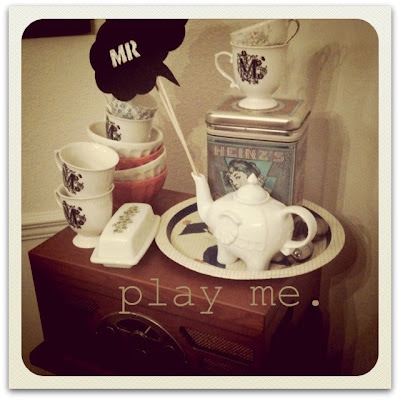 So, we pulled out our new Andrew Sister's album and this dropped out on to the floor from the inside of the album cover. 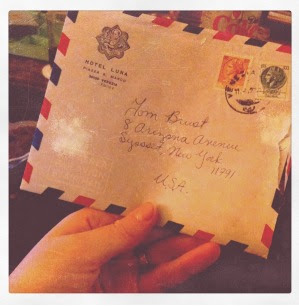 I doubt Lorin ever thought her letter to Tom Brust would travel from The Hotel Luna in Venice, to Syosset New York, and somehow inside of a record to a Goodwill in Atlanta Georgia, and then to the quaint little apartment of two newlyweds.
But it did. 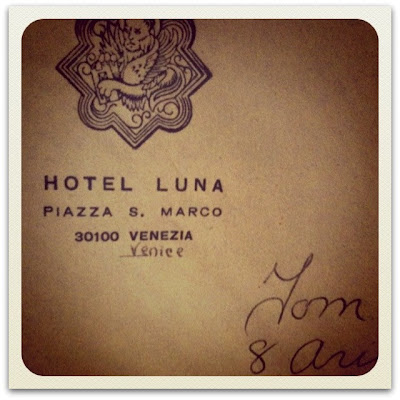 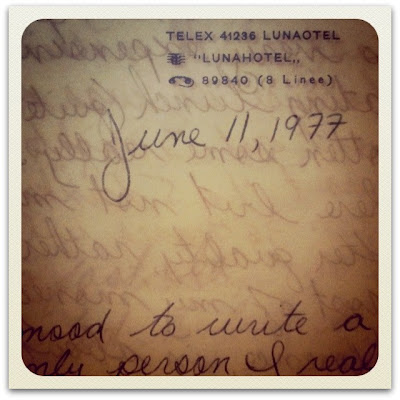 She spoke of Venice, Rome, Paris, Florence, and Switzerland.  She wrote of Italian leather, Swiss watches, and French hash.  She painted pictures of American doctors, gondola rides, and 72 hour bus rides through the European countryside. 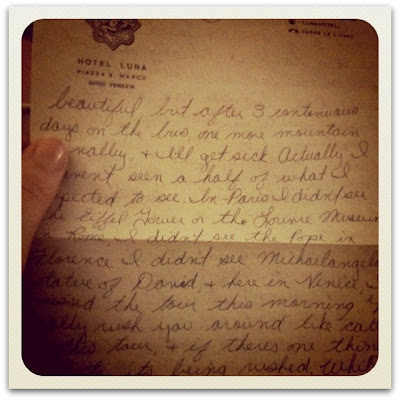 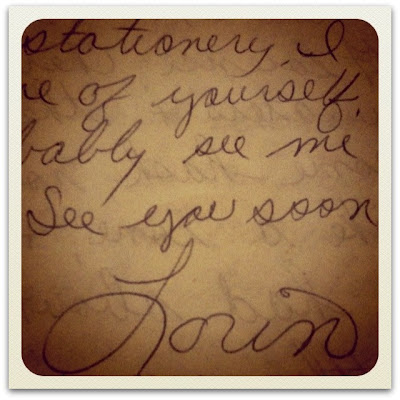 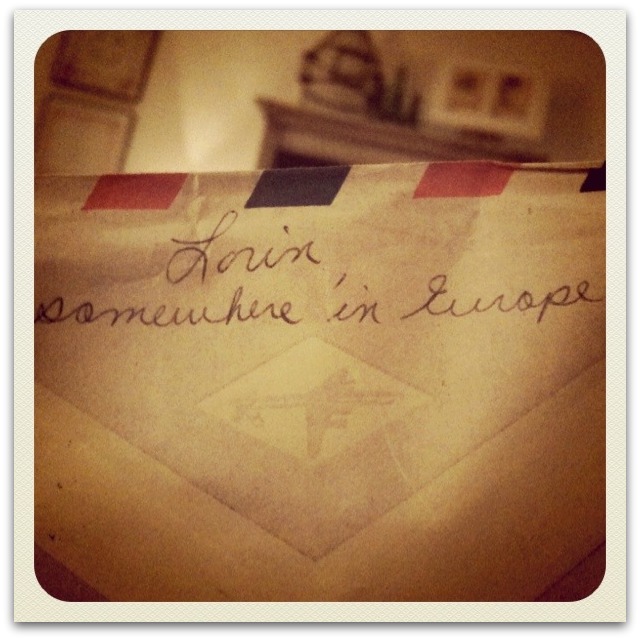 After we devoured Lorin's words and soaked in her stories, Mr. Murphy swung me around our living room in our bare-feet to the sounds of "Boogie Woogie Bugle Boy" flying through the air.  We learned a lot that night.
3 things we know about Tom:
1. He lived in New York
2. He knew a girl named Lorin
3. He loved the Andrew Sisters
3 things we know about Lorin:
1. She never saw the Eiffel Tower, The Statue of David, or the Pope
2. She was once bitten on the eye by a mosquito in Europe
3. She smoked some hash with a girl named Cheri in Venice
3 things we now know:
1. This letter makes for excellent inspiration for a song in one of our jam sesh's.
2.  It would take us an hour and a half to get to 8 Arizona Avenue from downtown Manhattan and someday we might try.
3. We want to go to Europe and see all of the things Lorin never did.  Even the Pope.  And we will do it in her honor.
Posted by Tunes & Spoons at 11:44 PM

Email ThisBlogThis!Share to TwitterShare to FacebookShare to Pinterest
the deets: coincidence? i think not., letters

i feel like i just read a movie scene. that really is so amazing! i love that you found that letter.

i think lorin should count herself lucky that the letter found itself into the apartment of two newlyweds who would appreciate its story. any other couple may have tossed the letter in the trash. this is awesome.

ps. i miss you, bloggy friend! we shall have to chat soon, yes? good good.

That's pretty awesome. Experiences like that are so cool!

This is the most incredible story ever! I can't wait to hear the song you two love-birds write about it! How dreamy!

This post is so wonderful. It makes your lives and their lives sound just like something I would read in a book. How exciting. :)

That's pretty awesome!
What you can find in the Goodwill!
-Awesome record player by the way!

YES YES YES! I love old letters! (I just got finished reading through a box of them that my dad had collected while in the army from friends and loved ones)

Letters are such a magical way of being whisked away to another time. I think I really like Tom & Lorin. Except for the smoking hash part. ;)

& I highly recommend doing those things in Europe. I was blessed by Pope John Paul II in the Vatican in '99, and even though I'm not Catholic it is such a special memory for me. Oh and the David is amazing, too. ;)

that is just the sweetest thing.