back to the basics

This past whole week has been some what of a blur.
But a soul touching blur none-the-less. 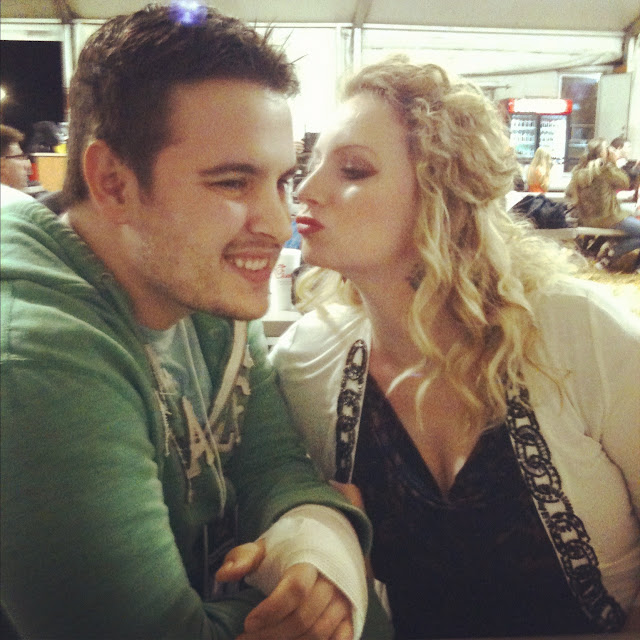 Last Thursday when I came home from work I gave my honey a kiss as he lay sprawled out on the couch.
It took me a moment to realize that his hand was all bandaged up. Once I fawned over him and kissed him to death, I finally settled down the hear the story of what happened.
Before we go on lets just agree that husbands are still just little boys in big bodies.
So Thursday after I left for work John and our brother in law went outside to have a little fun.  They drilled holes in to a stump in the fire pit and then put 410 shotgun shells in the holes.  Then they thought it would be an excellent idea to shoot at the shells with a bb gun to see if the shells would go off.  And off they went.  One of the shots fired hit the shell and it exploded and the bb ricocheted straight in to Mr. Murphy's hand with the force of black powder behind it.
At the time we didn't know if the bullet was in his hand because FOR GOODNESS SAKE, ITS A BB!!  Those things aren't even supposed to penetrate the skin, we thought that the bb just bounced off of his hand.
That morning around 4am he couldn't sleep because of the pain.  So, we got up and went to the Emergency Room.  They took us straight back and did and x-ray (which can be seen below).  The x-ray tech was all, "You know I'm not supposed to diagnose you or anything but that right there is a bb....in your hand...two inches deep."
The asian doctor, who spoke broken English says to us pointing to the fleshy palm of John's hand, "If bb was here I could maybe do something, but bb is HERE," pointing to the middle of his hand, "and I am not messing with that."
So, we had to schedule emergency orthopedic surgery on John's hand for a few hours from then.  We went to Athens and they removed the bb and or course John wanted to keep it, we will probably put it in some sort of shadow box and hang it on the wall for all of our posterity to see.
Believe or not...that was all of the easy stuff.
In the nights following his surgery he would wake up almost every hour in complete discomfort and pain.  Little did we know his body was fighting an allergic reaction to his antibiotic but most of the pain was being masked by his pain medicine.  Night after night his temp would spike and he would wake up with the shakes.  I would hear him moaning in pain and it would break my heart that I couldn't make his pain go away.  I never want to see him like that again.
Night before last was the worst.
He was on call for work and we were waiting up for him to make a test call to Mumbai, India, which had to be made at 1:45am because of the time difference.  He fell asleep and I stayed up to make sure he would get the call.
When the call came through...he didn't move.
I began to call his name and still...nothing.
I started shaking him and moving his head around and I was getting no response.
In that moment everything flashed before my eyes and I was terrified.
I felt for a pulse and because I was on the wrong spot I didn't feel a thing.
After a few more violent shakes he finally came to.
I can sufficiently deem that as one of the most terrifying moments of my life.
The next morning I made the first available doctors appointment and on the way I noticed that he had red hives all over his legs and thighs.  This could not be good.  The doctor concluded that it was indeed his antibiotic that was poisoning his body.  If we had continued giving him those meds it would have progressed in to Stevens-Johnson Syndrome.  What ever you do DO NOT google image search that, you you can't take back what you will see. 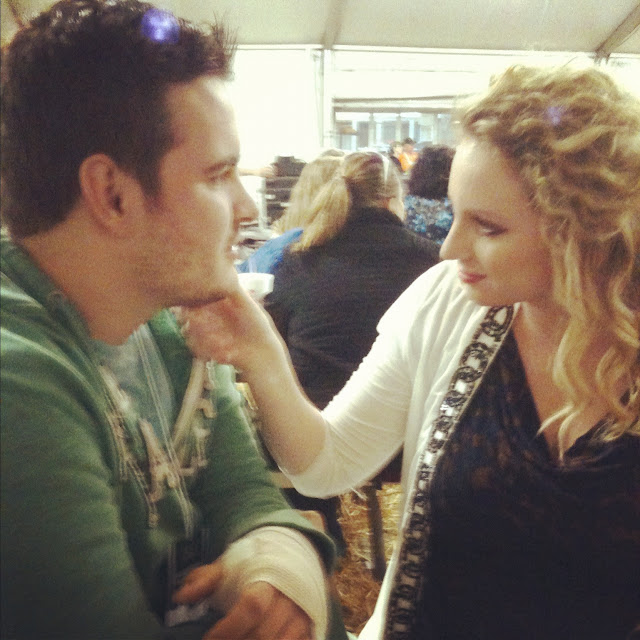 All of this has had me thinking about my sweet husband and our little life together.
It is so sacred.
Every single tiny moment.
The past week my long list of errands, projects, and "to-do's" melted in to one simple thing.
Be there for John.
That span of 10 seconds when I thought there was a possibility I would have to live my life with out him was so dark.  I am reminded of the blessing it is to be a wife.  I am humbled by the chance I have to carry our child and to be an eternal family.  I cherish the simple moments where I can wake up and watch him sleep for a few minutes, just as I did this morning.  I take pride in bringing him food to eat and filling his belly.  I love washing his clothes and putting away his undies.  I like putting my cold feet on his when we are drifting off to sleep.  I feel lucky when I get to hold his hand in the car.  I love hearing him pray for our daughter.  I am resolving a new to live my life with humble and simple gratitude each and every day.
I am so grateful for life.
Posted by Tunes & Spoons at 11:32 AM

Hey Rach so glad everything turned out Okay! SO So glad Mr. Murphy is doing better. Miss you!

Goodness. This is so scary! I'm so glad everything is okay. It's so awesome to see you taking this scary experience and letting it remind you to be grateful for even the tiniest of things.

Oh goodness. How terrifying! I am so so glad that he is ok, and that you were able to catch on to the anti biotic before it turned into something worse.
Every moment is so precious, and life is so fragile! What a perfect reminder to cherish every second of everyday!

How terrifying! At least everything is okay and healing. I have a feeling he won't be playing around with shotgun shells and BBs for awhile.

Thank goodness he's ok!! And I whole heartingly agree with the blessing of being a wife.
I can understand that heart-stopping moment.. once I woke up in the middle of the night and noticed Mr. seemed totally still. I couldn't see him breathe or hear him. I shook him but he didn't respond. It took me saying his name REALLY loudly and hard shaking for him to respond with an "Eh?". I was absolutely terrified for that split second.

So glad everything is better! I bet that moment was horrible!

this made me cry!

I am SO glad everything is okay!

Autumn @ Autumn All Along said...

"I'm not getting you a BB gun, you'll shoot your eye out."

I read the story to my husband we couldn't stop laughing. I'm horribly sorry if you have such a good sense of humor the way you write things ;)

i truly love you so much