the end is near

I can't believe how fast this pregnancy has gone. I feel like we just found out and now here we are.  I can't go out in public now with out comments like, "About to pop any second now huh?" "Is it twins?" "Don't drive over any railroad tracks."  I didn't really know what that one meant.  Monday I had a woman who thought she could guess how far along I was and the gender of the baby.  I let her try and she was wrong on both accounts.  According to her I was only 8 months along and having a girl. How much bigger did she think I could get?!

Yesterday my mother came over and helped me rearrange our bedroom and get the bassinet situated by the bed.  It's the same one we used for Evie when she was little before we began co sleeping with her.  I feel like I blinked my eyes and she was out of it and now we are getting ready to put Avett in there!

So here I am at 38 weeks and 2 days.  Large, in charge, and hitting men in the head in the pew at church in front of me with my belly. 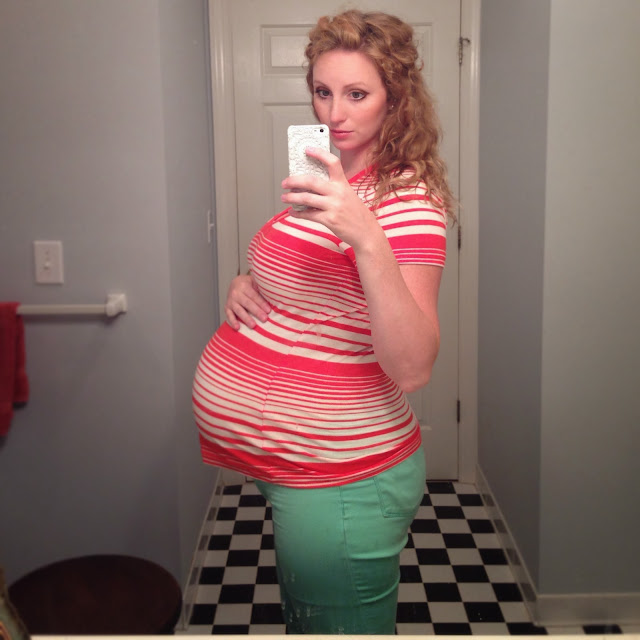 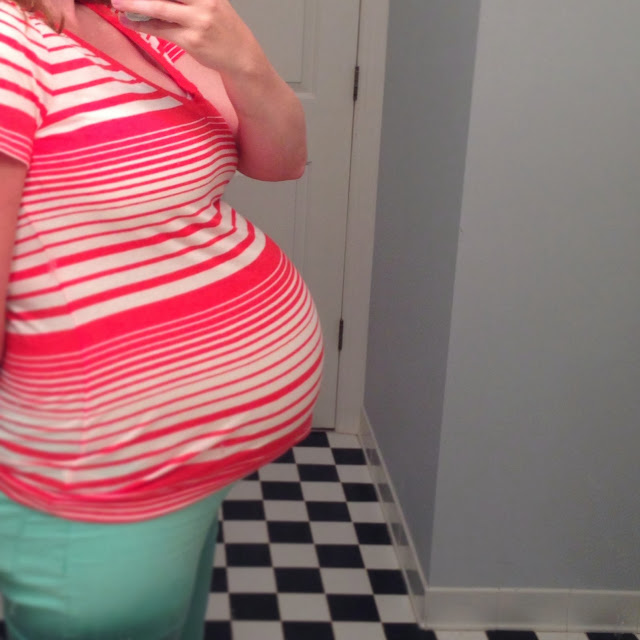 Email ThisBlogThis!Share to TwitterShare to FacebookShare to Pinterest
the deets: 38 weeks, Pregnant, the end is near

"Don't drive over any railroad tracks." that's funny I've never hread that one before. But hey you look beautiful with that baby belly :)