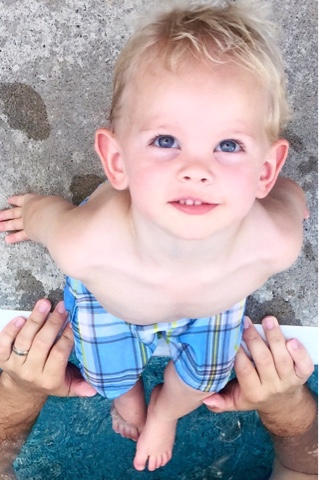 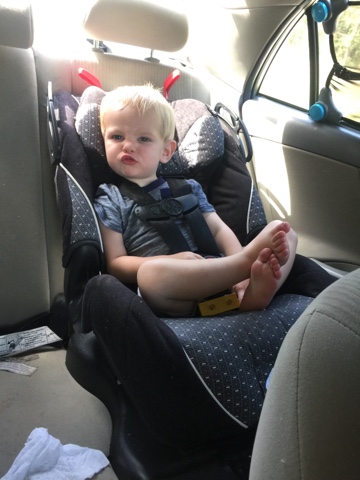 I don't want to jinx it but I feel like I may be on the other side with this kid. He has been so much happier lately. He comes to me so often and wraps his little arms around my neck just hugs and hugs me.
He has always been a mama's boy but more so lately his favorite spot to be while playing is just to come find his way into my lap. He'll just plop himself right in between my legs and he'd play on the floor right there forever if I never moved.
He is such a boy with his obsession of anything that has wheels or is shaped like a ball.  Our days aren't complete without playing trains, lots and lots of trains.
At night or naps when I put him in his crib always complete with his "melmo" and an assortment of blankets he reaches up for one more looonnngggg hug while drinking his water cup straight upon the air between his teeth, 'no-hands'.  Then we have a conversation while I peek through the door, "i wuv yew mama." "I wuv you Avett" in our deepest funniest voices. And then about 20 "night-night"s before I finally shut the door and he jabbers on for about an hour by himself.
He thinks he owns the refrigerator, I can't open it without him climbing right in and making himself at home on the stoop and then unloading all of the yogurts from the bottom shelf in to my hands.
He follows Evie around everywhere.
His love language is most definitely touch.  He needs to be touched and touch quite a bit.  If he is sitting next to me he will grab my hand and hug it to his chest. It's the absolute best.
He is getting more and more fun by the day with newly learned words and funny faces. We love our crazy boy.
Posted by Tunes & Spoons at 12:08 PM