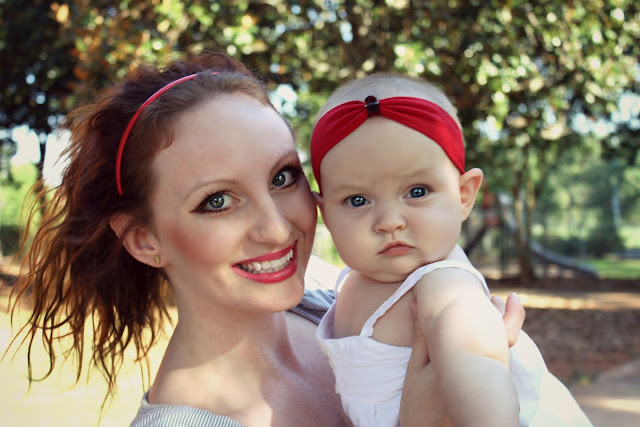 I love being this girl's mommy.  She is learning so much now.  Last week she said her first word.  First official word I suppose, we are going to count dadadadadada as a semi first word.  It was both creepy and really cool.  My sister and I were in Target in the dressing room and she was sitting on the floor.  She must have heard me say my sister's name because she said as clear as could be, "Re-be-kah".  We both looked at each other and our jaws dropped open for a solid minute.  Then she said it again!!  It was impressive.  Then this week my mom and I were letting her play with some toys on the floor while we were trying to figure out how to put an exersaucer together. (dang baby toys and their complicated directions)  One of her toys said "I love you" and yet again clear as could be she said, "I love you".
Jaw droppage.
She is amazing.  I guess we have to be semi ignoring her though for her to talk because when we try to get her to say things again, she won't.  She is just playing hard to get I guess. 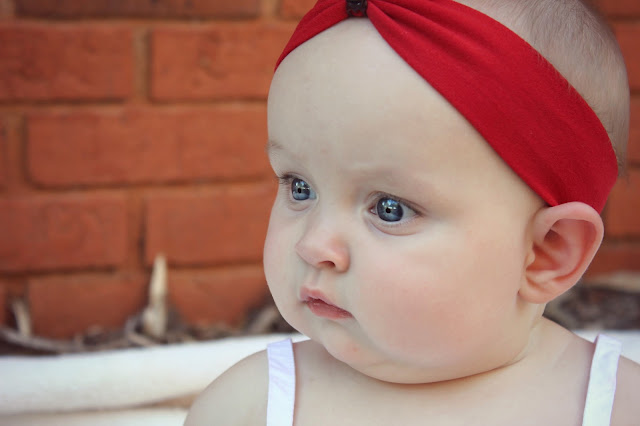 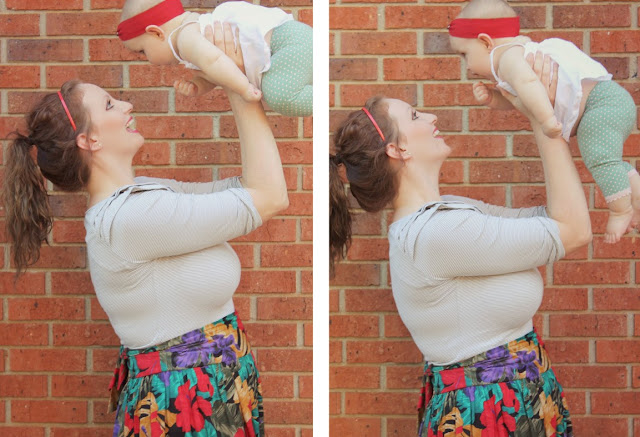 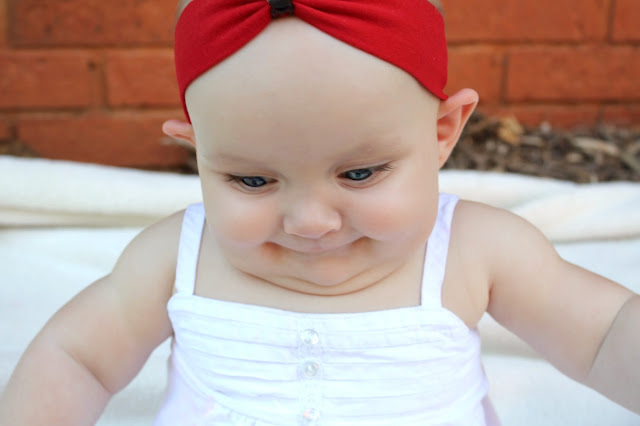 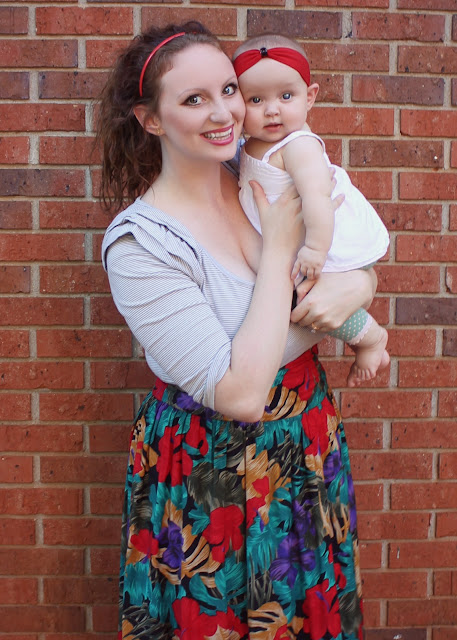 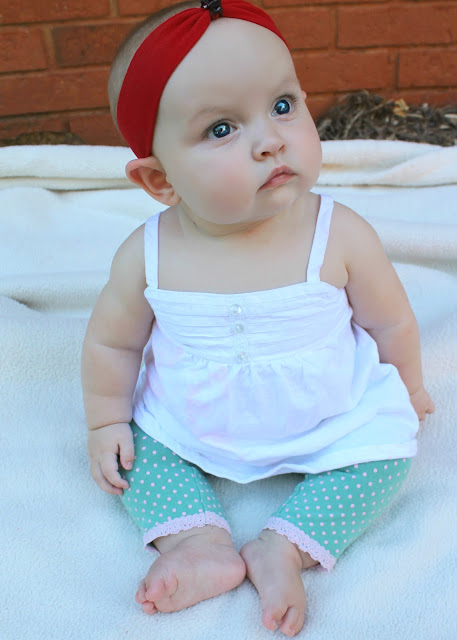 I wish she would just say my name.  I am the one who feeds her after all!  Certainly that is easier than Rebekah or I love you.  Say mama Evaleigh SAY MAMA!!!

Happy Monday people!
Posted by Tunes & Spoons at 11:31 AM

My daughter is almost a year and we just recently realized that she is calling me "Kier" instead of "momma"! I guess it's because that's what she hears everyone else say! I'm still working on the momma thing...

baby genius right there! and a cute one at that!! :) I'm sure she'll say "Mama" with the biggest smile on her face before you know it!...just forewarning you, you'll melt into a puddle on the floor when she does :)

oh gosh, how absolutely adorable is she? and her talking skills? i am impressed!! what a surreal experience!
xo TJ