Thanks for all of the love and excitement about baby #2!  We are so excited to bring a Murphy BOY in to this world.  Saturday was probably one of the happiest days in John Murphy's life.  I don't know that I've ever seen a smile on his face that big, not even on our wedding day...honestly.
Our appointment was at Stork Vision, which I highly recommend   They do gender ultrasounds as early as 16 weeks for a super affordable price, which is awesome for impatient people like me and Mr. Murphy.  We used them for finding out what Evaleigh was and I will keep using them for every baby after!

Our appointment was at 1pm that day, which was torture!!  Especially when your one year old wakes you up at 7:30 and you are counting down the hours and minutes until you can jump in the shower and go! When we got there they took us back almost immediately.  Evaleigh has an intense fear of doctors so she started crying horribly loud and dramatic.  I'm pretty sure she thought the ultrasound tech was going to hurt me.  John handed her to me and she laid her body across my chest, started patting my shoulder, and didn't move the entire time.

The tech started the ultrasound and John had his face 2 inches from the big screen tv where we could see it all.  The anticipation on his face was priceless.  When the goods popped up on the screen for just a minute he jumped back with a huge smile.  They came on again as clear as could be and before the tech could even get anything out of her mouth he said, "ITS A BOY!" and put his hands over his head as if he had just made the winning basket!  The ultrasound tech confirmed it and said, "That certainly is a boy.  I will literally quit my job if that isn't a boy, there is no mistaking it."  John was fist pumping and smiling and all sorts of crazy body movements that I don't think I've ever seen.

Every once in a while now he will pat my tummy and say, "My boy."  I can't wait to see him with our little guy. 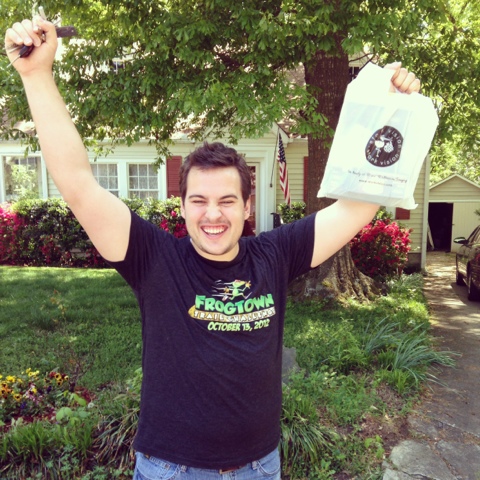 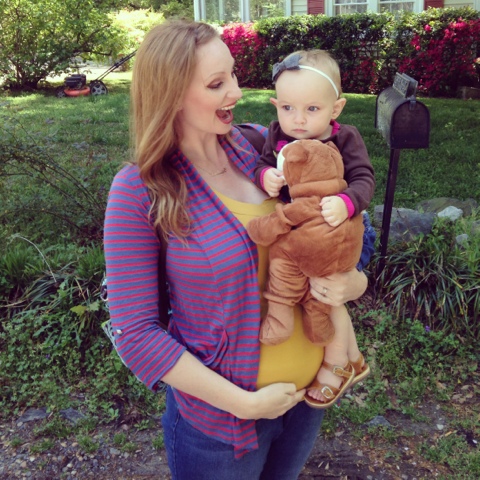 If you missed it, our little video reveal is here.
Posted by Tunes & Spoons at 10:54 AM

I can never get over how adorable you and your family are! Seriously.... so adorable! This is so exciting! hehe! Congrats baby boy!!!! hehe! you'll have a great little family!

PS: Not sure how this happened, but I didn't start following your blog until now. Super pumped to read more about your adventures!!

Jeans and a Teacup said...

Awww...how cute! Congrats on the baby boy!
~Jessica
Jeans and a Teacup

That's too cute that EJ was so worried about you! Sweet girl!