A few nights ago John and I decided to take advantage of one of our precious coupons. We have to live by them now, ya' know considering the whole young, poor, in love, and married thing. 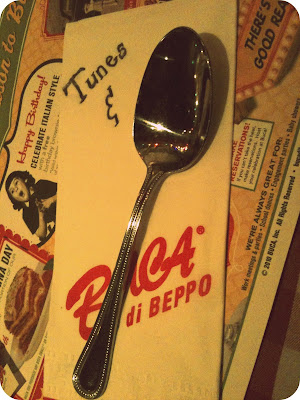 I was far too tired to cook and I had blisters on my feet from wearing a pair of shoes to school that I really knew better than to wear. More often than not I like to choose something fashionable over something comfortable or practical. So, I did not feel like being in the kitchen on my feet and this sweet guy... 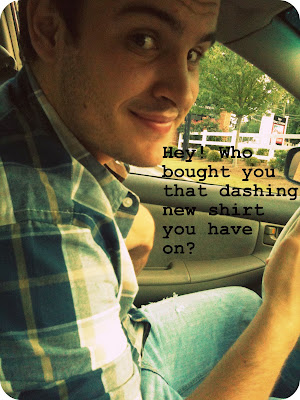 ...insisted that we go have a decent meal and count it as one of our nice date nights for the month! YES! So, he threw on his new threads that his thoughtful wife purchased for him, thoughtful wife changed her shoes, and we jumped in the car. 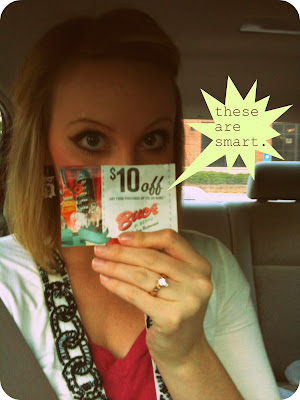 I had no idea this night would end in pain and misery. Bucca di Beppo is a family style dining restaurant. So, when you order one thing, it is intended to feed 2 to 3 people. John counts for about 3 people. He has been known to consume enormous amounts of food. He said that he tried to hide this from me when we were first dating as to not turn me off or away. I'm sure there were many dates that he had to go home and eat a second dinner afterwards. Once he broke a Red Lobster record for the most shrimp eaten during "Endless Shrimp"
(This is pulled from the Murphy archives. Here is the proof...him with the Red Lobster Hostess, in a lot of pain. Probably sometime in 2009) 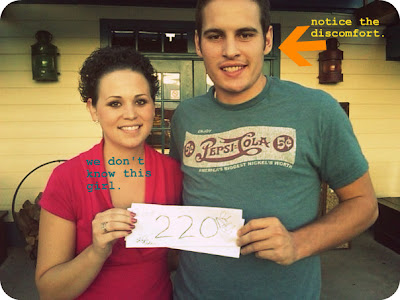 So, now that we have seen what he is capable of, lets start this adventure. We started off with their homemade loaves of bread, we had two. Then we had their DELICIOUSALECTABLE (delicious and delectable) lasagna. It's about the size of a brick with a little more girth... 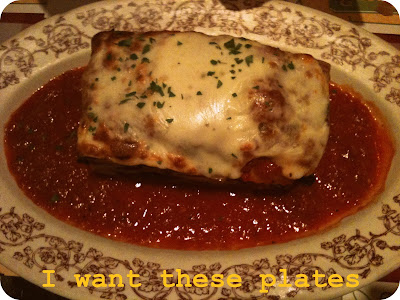 Then the true madness ensued. We wanted dessert and the last time we had been there we saw a dessert the size of our heads which was recommended for parties of 6 or more. 6 PEOPLE!! Not TWO! He said, "Lets get it!" I'm thinking, there is no way. I am already having to do the thing where you breathe deeply just to see if you can create room in your stomach for anything else... That is never a good sign. So, he convinces me and we ashamedly order and our waitress, I'm sure, was a little grossed out for us. The dessert arrived... 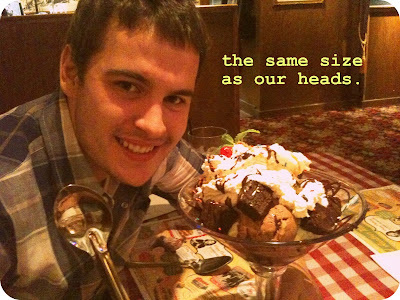 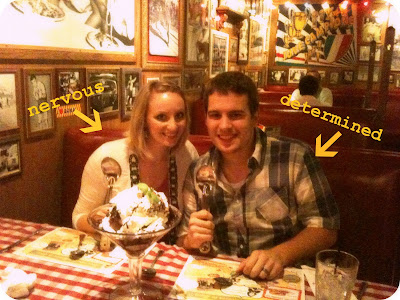 Spoons the size of our hands. More like shovels. 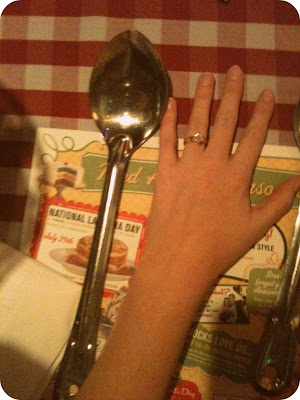 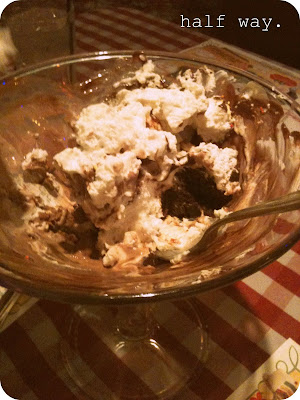 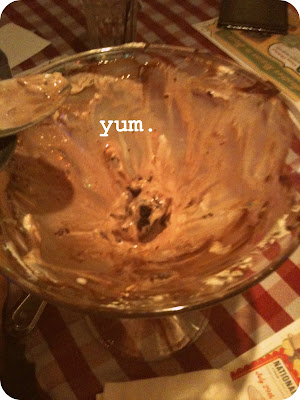 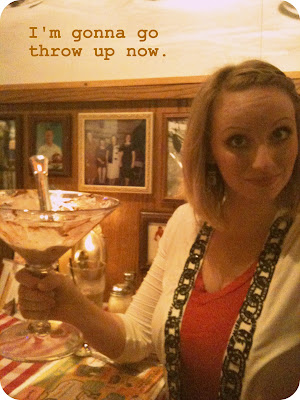 It was quite the edible task. But we DID IT! We took turns punching each other in the stomach on the way home when the other wasn't looking. 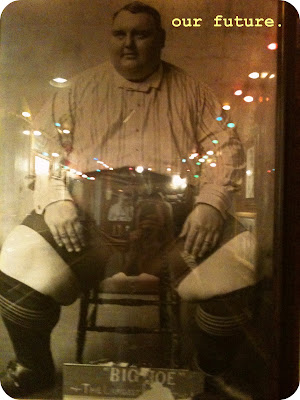 I was laughing so hard at the pics because you had the same face on that you did in Savannah when you wore "that shirt" and all the girls went out and Dr. Raines showed up - lol. That was grrrreat.

he looks so happy next to that dessert!! hopefully that won't be your future...with tony on your side:)
ps i got a little sick reading this post. it's like going to the grocery store when you're full.
ashley

Sometimes it helps if you try to go to the bathroom before you eat dessert. It gives your stomach a little wiggle room.

Also, that picture of the empty dessert bowl reminded me of "Bill and Ted's Excellent Adventure." Ziggy Piggy, anyone???

Just remember that PAIN is BEAUTY! The next time you want to wear those shoes. Sometimes you just have to sacrifice.

Holy crap, Rach! I about died when I read this post! You are too funny!!!