Two weekends ago we had the really really amazing and exhilarating chance to go see the Eagles play in Piedmont Park for the Green Concert.  Every year they some have someone ridiculous (like ridiculous amazing) come and thousands and thousands of people show up with blankets and chairs and sit by the light of the moon and listen to glorious music til their hearts content.
So in honor of our night John and I wanted to record an Eagles song.  The whole time I have known this man he has always played a mean Hotel California. Now, its a pretty long song, so brace yourself for a near 6 minute cover of a classic.  Do we do it justice?  Probably not, but who the heck cares!
So, really this is just us being completely ridiculous.  I did not think this was our real time recording so sometimes I act pretty lame. (Sorry the audio gets a little blurred because we are such loud performers.  I bet our neighbors hate us.) 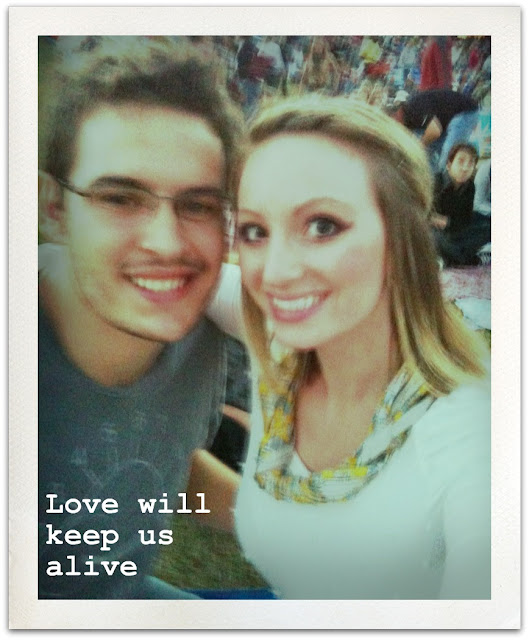 This was right before the concert was about to start.  I have seen my John super excited many times but nothing compared to his excitement that night (other than our wedding, and when I make him yummy food, and when I buy him cool shirts...wait.  I guess he just gets excited a lot.) 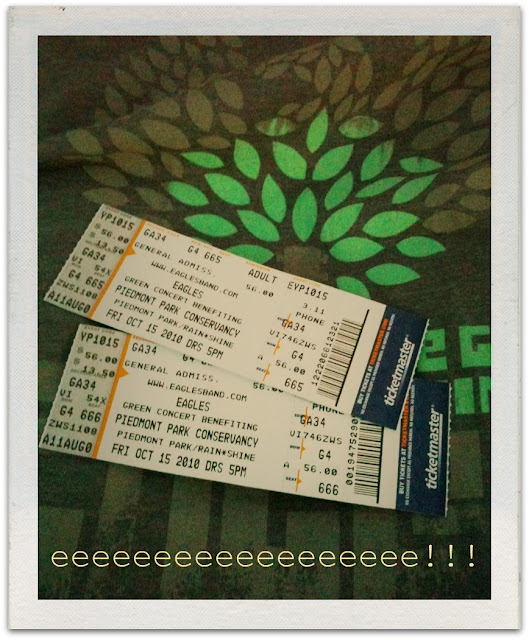 Before the concert John bought us Jalapeño Corn-dogs and a Funnel Cake.  Oh. So. Good.  But the lines were so long that by the time he got back with it, it was too dark to capture a shot of that deliciousness.  Just know that we enjoyed a lot of fried goodness. 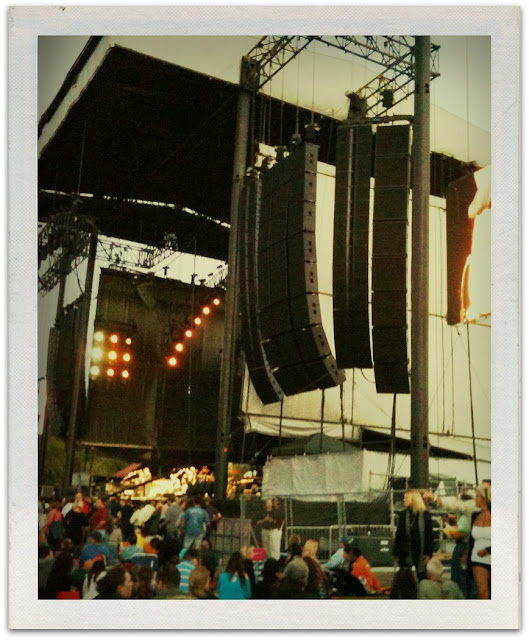 We were soooo close!! 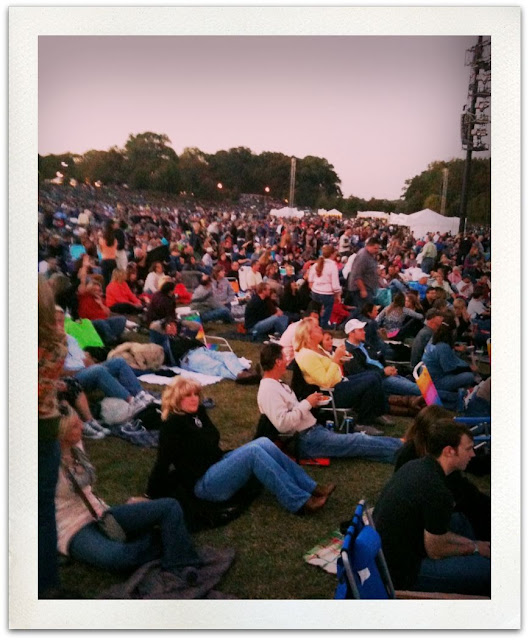 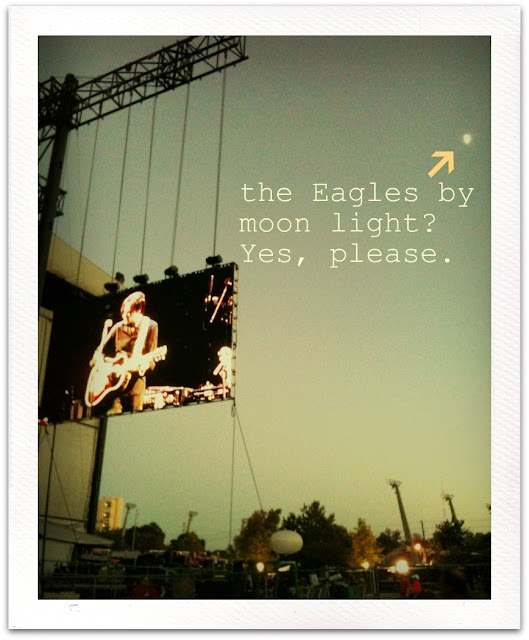 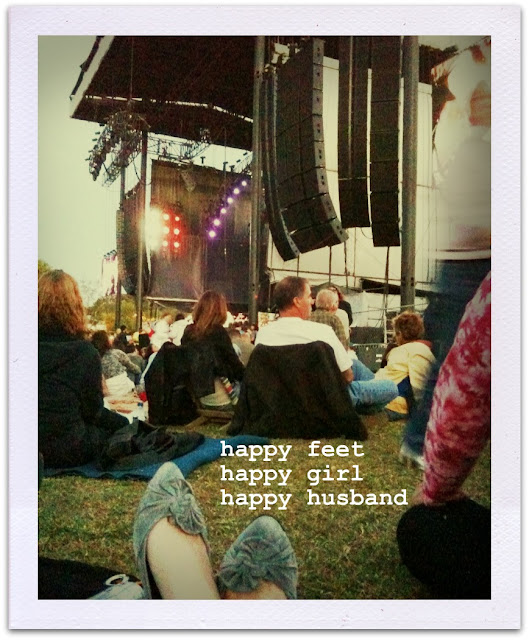 Right before they came on John leaned over to me and said, "I never thought I would actually get to do this in my life.  I'm so happy."  I was thrilled that we got to see them perform.  I can't believe they are still rockin' it after 40ish years together! 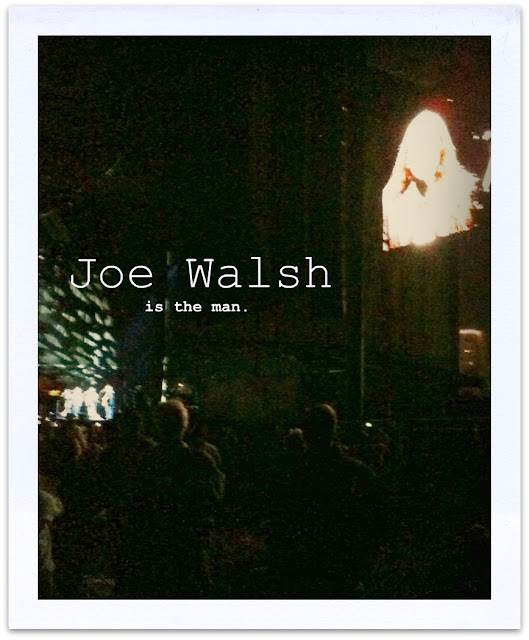 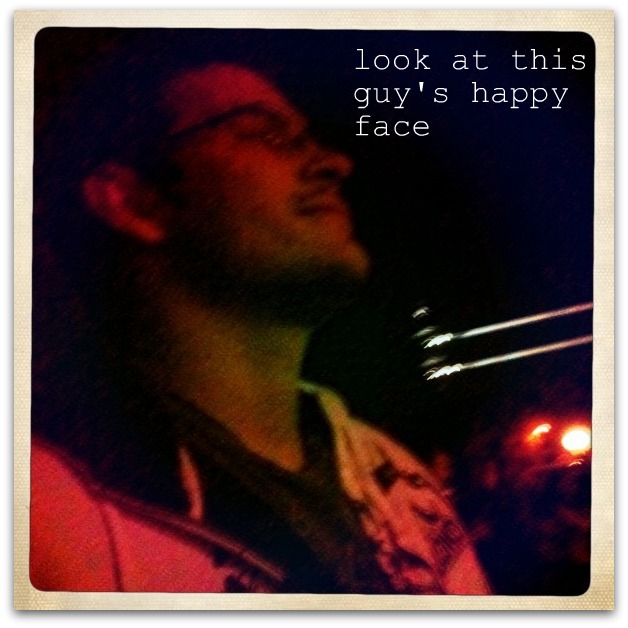 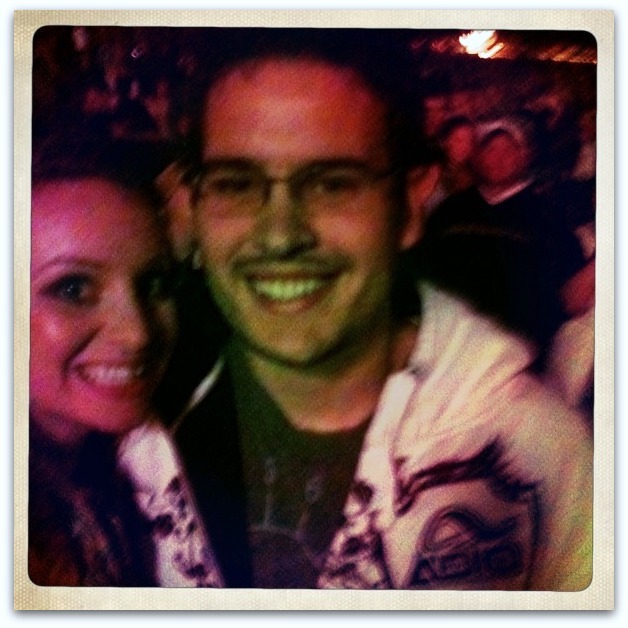 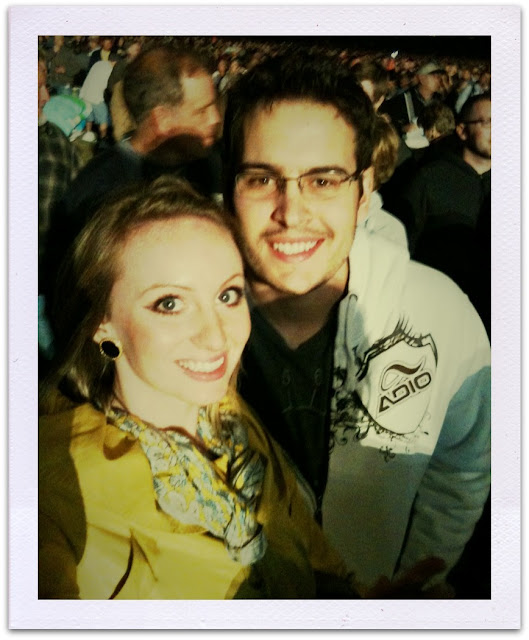 It was amazing.  Everything they performed was a hit.  My favorite was when they played Desperado and we slow danced a little bit in the grass.  Dancing to the Eagles live with hubs can't be beat.
"Don't you worry
Sometimes you've just gotta let it ride
The world is changing
Right before your eyes
Now I've found you
There's no more emptiness inside
When we're hungry...love will keep us alive."
Posted by Tunes & Spoons at 2:12 AM

Your voice is freaking amazing...I am so jealous. I have always wanted to be able to sing...can't carry a tune :(

Awww this post made me tear up a little... the slow dancing to desperado is exactly what my parents used to (and still) do...and the beginning when John was playing the intro cracked me up so bad! Haha you two are hilarious together :)

Wow, that was amazing!!
The song always reminds me of my father because he plays it on the guitar a lot.
LOVE.

I LOVE the Eagles!! So cool that you got to see them play, especially by moonlight. Awesome. I just recently found your blog and I love it... your voice is gorgeous!!

Oh, gosh! I bet your voice sounds even more incredible in person. No fair, you guys! I can't even sing happy birthday, and I can only play like, one chord on guitar, ha!

y'all are amazing. and totally adorable :)